A road in the forest? Walton commissioners extend contract for 30A-U.S. 98 connector study 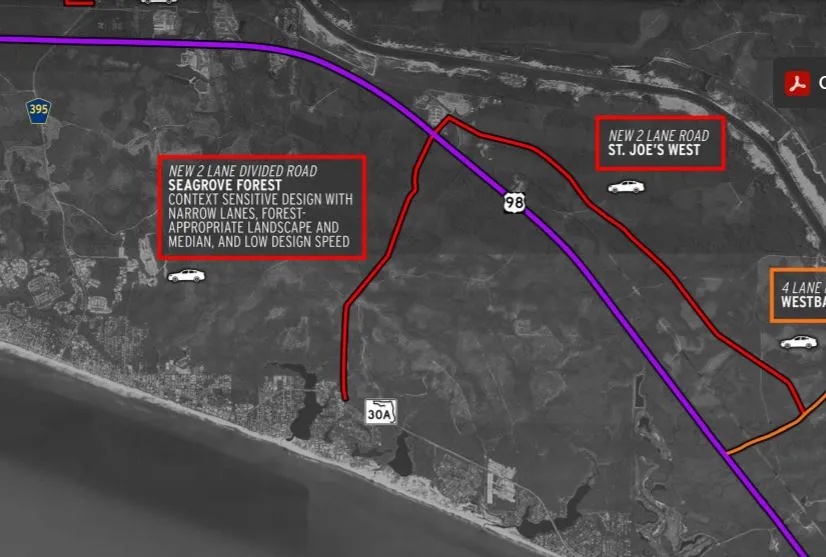 In the face of some public opposition, Walton County commissioners on Tuesday voted unanimously to extend a contract for a planning, development and environmental study for a proposed connector road between County Road 30A and U.S. Highway 98.

The county has been working since 2015 with Atkins North America, an engineering firm with offices in Tampa, on traffic studies and other issues. In 2018, the county signed a $597,780 contract with Atkins for design and engineering services for the proposed connector road. That contract was extended in 2019 and again in 2020.

With the March 31 expiration of the 2020 contract approaching, the proposed extension of the contract for another year was placed on the consent agenda, comprising items on which commissioners are agreed, for Tuesday's meeting.

There are no current definitive plans, either from Atkins or from NUE Urban Concepts, the Gainesville-based firm currently working with the county on a sweeping mobility plan, to build a connector road from CR 30A to U.S. 98.

NUE Urban Concepts has suggested a two-lane connector road that would, if ever approved by the county, traverse Point Washington State Forest. A two-lane connector between CR 30A and U.S. 98 is seen as a way to reduce traffic congestion on 30A by providing an additional way for motorists to get to U.S. 98.

While there was no particular concern expressed among commissioners Tuesday as the Atkins North America contract was approved unanimously in a blanket vote on the consent agenda, the contract did get some criticism from Bonnie McQuiston, a resident of the CR 30A area.

Noting that public forums on a proposed connector road that would cut through Point Washington State Forest routinely see "overwhelming opposition" from the public, McQuiston told commissioners, "I wonder why this contract extension is needed."

McQuiston said the state forest along U.S. 98 is one of the things that differentiates Walton County from other parts of Northwest Florida, and constructing a road through the forest would endanger that environmental asset.

Celeste Cobena, another resident of the 30A area, noted her environmental concerns about a connector road but also wondered about granting Atkins another contract extension.

"There is no reason they could not have finished this," Cobena told commissioners.

In other action Tuesday, commissioners moved forward with a plan to bring the Adkinson Law Firm LLC on as temporary counsel as the county works to decide how it will handle its need for legal representation going forward. That discussion became necessary a few weeks ago when Walton County Attorney Sidney Noyes announced her resignation, which becomes effective Friday. In light of that resignation, commissioners have talked about different possibilities for legal services, including retaining a law firm

Details of the Adkinson Law Firm's work with the county were not immediately available Tuesday, but the firm's Clay Adkinson has indicated that its temporary role would be administrative in nature rather than active representation of the county in its array of legal issues. 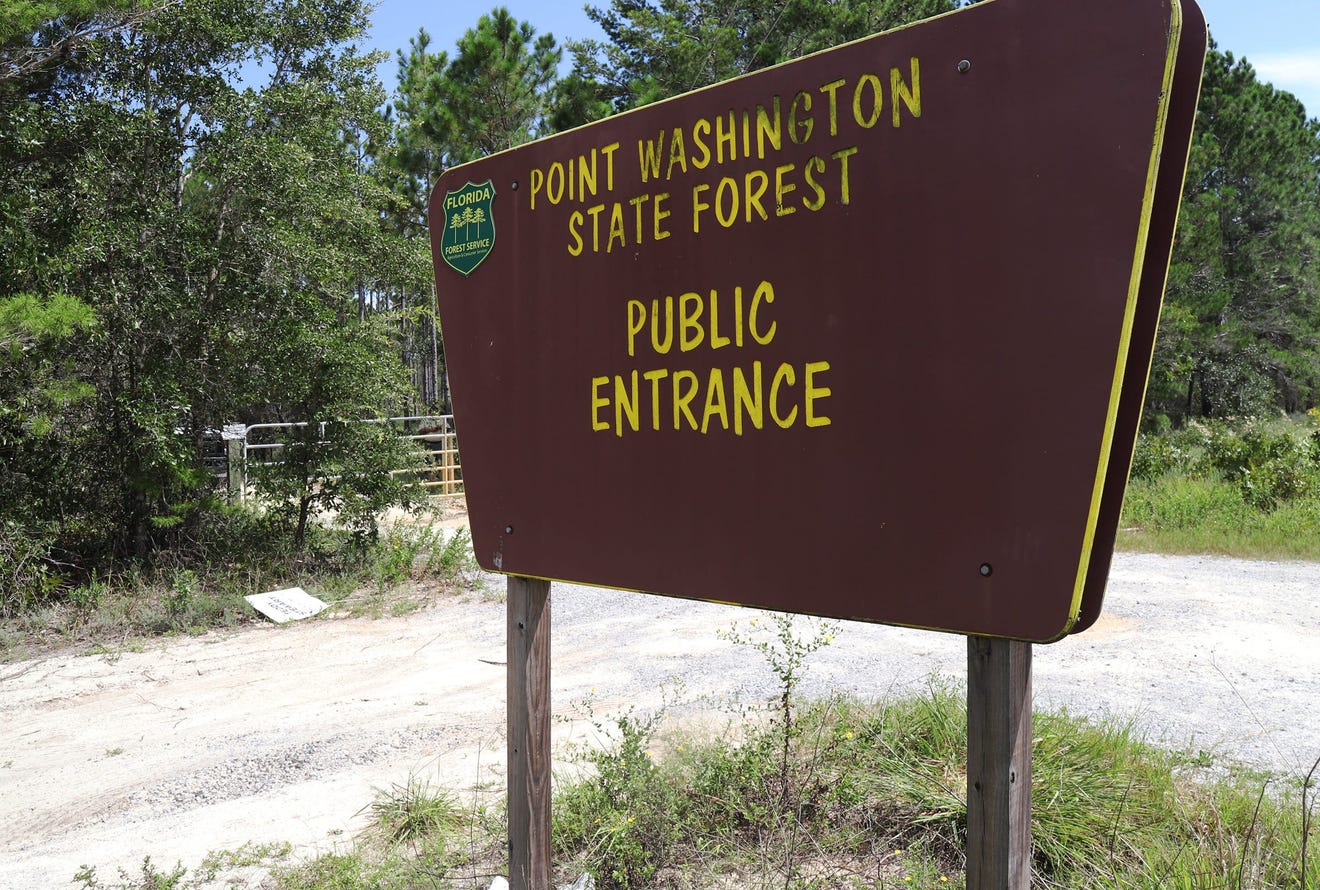 Adkinson's firm already works with the county's municipalities, and it was for that reason that Commissioner Tony Anderson cast the lone vote Tuesday against bringing on the firm. Anderson has raised the issue in previous discussions regarding a temporary arrangement with the firm.

"I still think the Adkinson Law Firm has a conflict of interest," he said.

“We have day-to-day operational issues with the cities," Anderson told Adkinson, "and I think you’re going to be in conflict with us on some of this.

Adkinson countered that the county is not involved in any legal disputes with its municipalities. If such issues did arise, Adkinson added, "we're going to identify them early on, if possible."

Also Tuesday, commissioners decided to hold a workshop following their March 23 meeting to take a detailed look at the county government's organizational structure, potentially to determine if any changes are needed.

The idea for the workshop grew out of a concern among some commissioners about the county's Planning Department, which prompted county administrative personnel to recommend changes in the department's organizational structure.

At Tuesday's meeting, however, commissioners backed away from any effort to impose a new organizational structure on the Planning Department.

"I have no interest in this right here," Commissioner Mike Barker said of the proposed reorganization. "I believe you don't 'reward' people who've done a good job by kicking them in the teeth."

Barker was particularly critical of the proposed addition of positions to the Planning Department, noting needs elsewhere such as road crews.

"I think there's a better use of the money than just to hire people to sit in offices," he said.

“A lot of my issues were little issues like (potential changes in) customer service," McCormick said, adding that it was never his intent to see personnel changes in the department.

However, he did suggest that the county's newly hired land-use attorney should be brought into the county's review process for new development to ensure that issues are in order before the commission makes final decisions on those development proposals.

As discussion continued, Commissioner Danny Glidewell, who proposed the broader workshop, said, "I do think it would be wise to have workshop on county organizational structure as a whole." It's possible, Glidewell said, that some county departments might need to be expanded while others could be split up.

The broad question for commissioners to consider, Barker said, is, "Do you (the county) have people in the right place doing the right thing?" 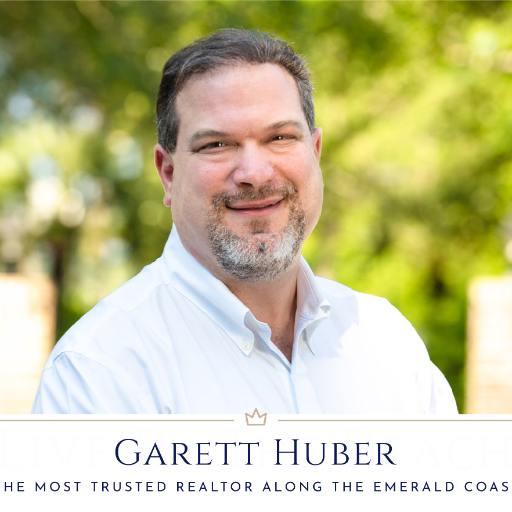 MAY 7, 2021Share this article: The Real Estate Market Isn’t in a Bubble – It Just Isn’tRising home prices and recession memories have convinced some buyers that a bubble will

BY ELIZABETH WEINTRAUBUpdated March 11, 2021A seldom-discussed phenomenon often occurs when a homebuyer decides to write a purchase offer. Maybe you've been house-hunting for weeks and you

By registering, you agree to our terms of use and that real estate professionals and lenders may call/text you about your inquiry, which may involve use of automated means and prerecorded/artificial voices. You don't need to consent as a condition of buying any property, goods or services. Messages/data rates may apply.